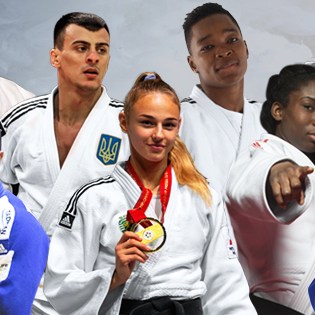 A few months before the Tokyo Olympics, the strategies are different. Georgia has left its main warriors at home, but Liparteliani, unlike Israel, which is complete, with Sagi Muki as a leader, or the Netherlands, with World champion Van T End. Daria Bilodid, Georgii Zantaraia and the French are also in the game.

He never won it ! Itâ€™s one of the few important titles heâ€™s missing. Bronze medalist in 2015 and 2016, he almost did it last year with a lost final against Ressel. The reigning World champion (-81 kg), Israelâ€™s Sagi Muki is in the starts. The world nÂ°1 intends to erase this error on his CV. But the Dutchman Frank De Wit, winner in 2017, and a few others (Sotaro, Albayrak, Valois, Wieczerzakâ€¦) are ready to protest.

Noel Van T End never won it either. The surprising World champion of -90 kg, World nÂ°3, intends to keep up his Tokyo momentum, but the task is arduous with, in particular, Axel Clerget, finalist in 2017, 3rd in 2018, as well as the Spanish World champion Sherazadishvili.

The Ukrainian gifted Daria Bilodid (-48 kg) has already won the Grand Slam in Paris, but it was in 2018. Absent last year, the world nÂ°1 and World champion knew only one loss since August 2017 (final in Tbilisi in 2019 against Clement). Why would she stop winning this weekend ?

Another reigning World champion of the Team adidas, Franceâ€™s Marie-Eve Gahie, only hopes that : winning in Paris, finally ! The World nÂ°1, 5th in 2019, has only known the joys of the podium once (3rd in 2018). Everything is allowed, as for Moroccoâ€™s Assmaa Niang, very sharp lately.

We can also count on Franceâ€™s Walide Khyar (-60 kg) and Audrey Tcheumeo (-78 kg), who remain on 2 podiums in Brazil and at the Masters, the Italian

Olympic champion Fabio Basile (-66 kg) to light the fire at Bercy. While waiting for Teddy